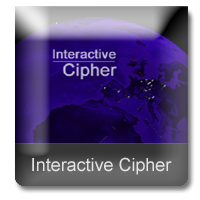 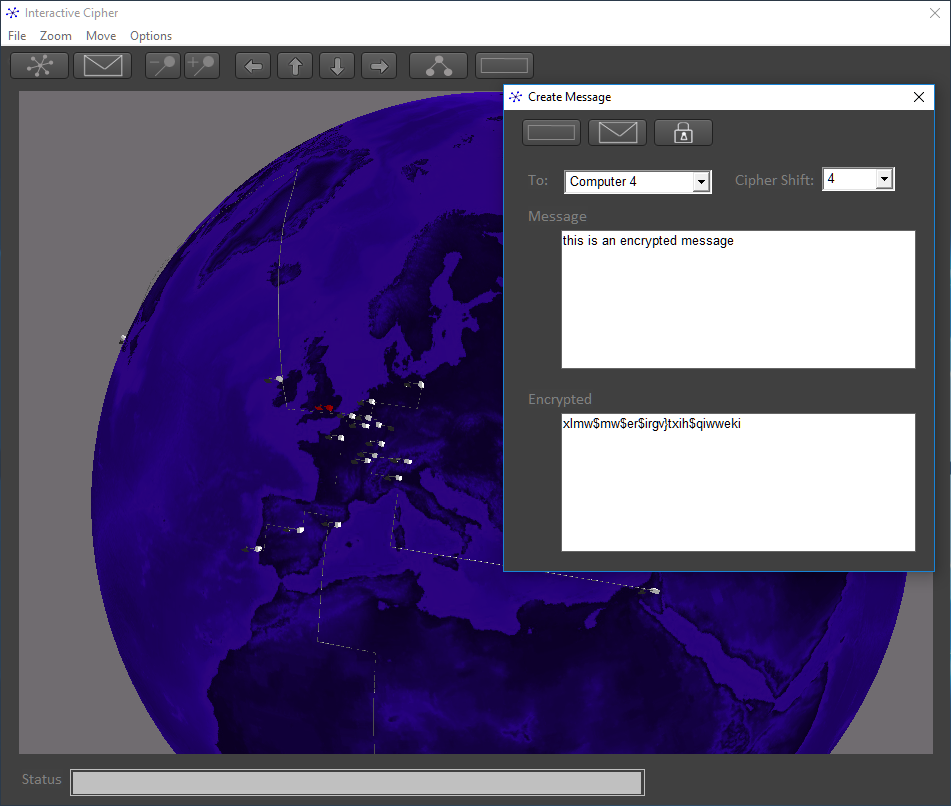 Interactive Cipher is a useful introduction to the world of encryption and shift ciphers. Useful to simulate the creation of encrypted messages and how encryption works
Students use Interactive Cipher to demonstrate how encryption works.
A message is typed in by the student then it is encrypted using a shift cipher.
The shift number can be between 1 and 9.
The message is then sent to another virtual computer.
Watch as encrypted messages travel through servers and points of presence and shows how encryption works..
The student clicks on the virtual computer and the encrypted message is shown.
Then they select the shift cipher number and decrypt their message.
A 3D earth globe that can be rotated and zoomed in on is populated with computers that connect to virtual point of presence (POP) cabling connects these together.
As data travels through the cable it turns red.
Virtual IP addresses are assigned to each computer.
Computers are situated in most European countries and USA.
Simulates sending messages through different countries.